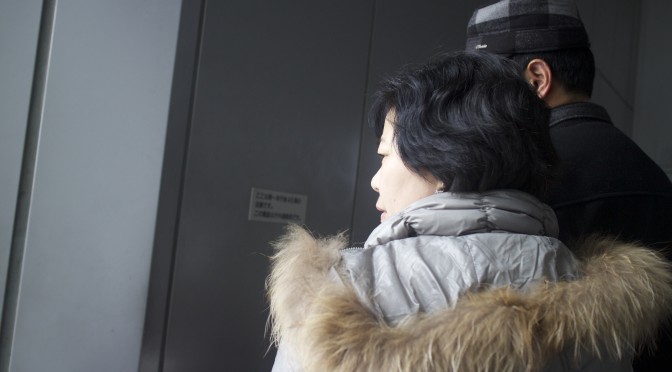 When I travel, I enjoy the challenge of new cultures. I seek out the challenges, going into a small restaurant in Japan and trying to order food without speaking much of the language, for example. I travel to experience rather than observe. I believe Lyndal does the same. She has told me as much but I’m also aware that it’s the tiny differences in attitudes to travel that make all the difference to the individual.

For the experience of music, I want the same. Music has the potential to immerse us in a culture. When I travelled through Greece in the late 1990s, I was amused by how much of the music played in the busses featured bazoukis. None of the music was recognisable to me and it made me feel like I was, indeed, in another place.

The world has changed a lot since then. The internet and the popularity of the web has meant cultures converge much quicker into a single-world culture. That means that the future probably holds a single-world nostalgia.

There is a lot of nostalgia inherent in travel as well. It’s natural to, when we return to a city, make note of all the things that have changed and mourn the loss of the old. We look for the familiar wherever we are because it helps us understand our place, both physically and emotionally.

But nostalgia holds a very important role in travel as well. We might begin by enjoying the differences in the cultures we expose ourselves to. This might follow with a delight in the immersion as it starts to feel normal to us. Then there is homesickness: a feeling of wanting to be back amongst friends, family and the sandwich shop around the corner that knows the perfect amount of coleslaw to put on a chicken schnitzel sandwich. This is all part of the travel experience.

Traveling reminds me that nostalgia is not to be completely shunned. The glow in my solar plexus as I catch the first glimpse of Melbourne’s skyline from the Tullamarine freeway is an important part of my experience and understanding of what travel means. I have that to look forward to.

Travel reminds me that nostalgia has its place. Occasional and purposeful nostalgia, though, is very different to shunning all new experiences. Travel reminds me of that also. The differences between simple things like catching trains to and from airports in different cities forces an awareness of where we currently are. We are required to pay attention to our surroundings or lose our place completely.

This is the value of travel, for me. Paris, with its sidewalks still littered with dog shit when so much of the rest of the world creates new markets for tiny plastic bags, brings small dangers to forgetting to pay attention to now. It’s quite a literal interpretation for a very abstract concept. But if we’re busy looking up at the beautiful old architecture while walking, we are likely to waste precious time scraping our soles on the curb.